The Daily Evolver with Jeff Salzman 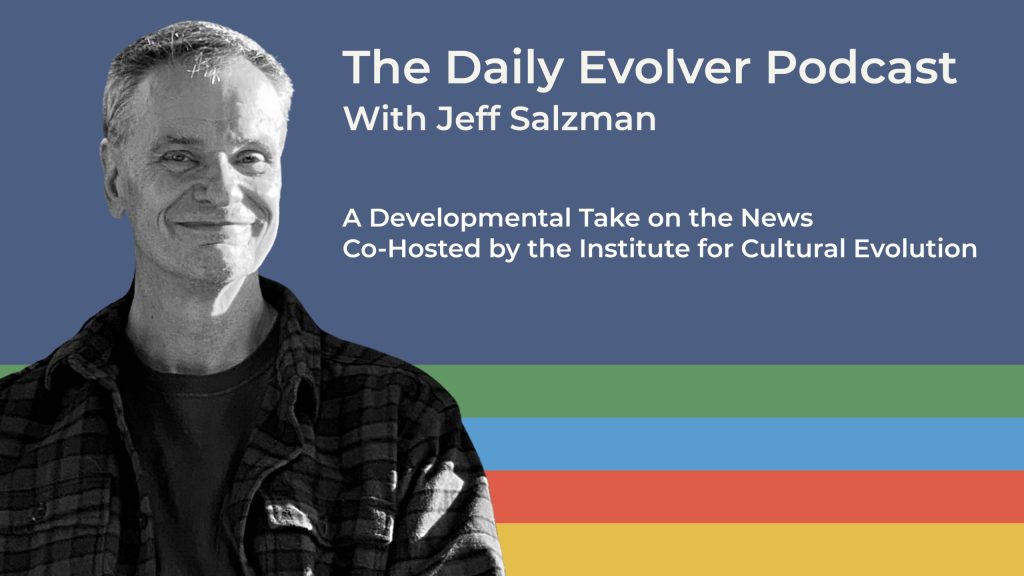 The Daily Evolver, with Jeff Salzman, examines current events through a developmental lens. Jeff has been hosting the podcast for over 10 years, covering development in politics, art, culture, and spirituality with guests across the integral movement.

Frances Fukuyama is one of our most prominent political philosophers. He is famous for his argument that liberal democracy and free-market capitalism represent “the end of history,” a thesis widely criticized (somewhat unfairly, as I’ll explain) in light of the rise of 21st Century autocracies, especially China and Russia.

In his new book, Liberalism and its Discontents, Fukuyama updates his argument, which he sums up in his recent feature article in the Wall Street Journal: “The Long Arc of Political Progress: A democratic world order is not the inexorable outcome of historical forces, but even amid setbacks, societies are clearly evolving towards equality and individual freedom.”

We are always happy to see any ideas of cultural evolution reach the mainstream, and Fukuyama does an excellent job of tracing the patterns of human history, including the herky-jerky nature of progress. He makes a strong case that human conditions are getting better in the aggregate. But … what is powering this development? In human terms, how is it that an eight-year-old becomes a twelve-year-old? Is it just because they “make better choices” or “social structures change”?

Alas, this is territory that Fukuyama and most mainstream political writers do not explore. In this episode, Jeff adds some insight that creates a more developmental view.