Towards a Post-Progressive Political Perspective

Using cultural intelligence to integrate more gratitude into its grievances 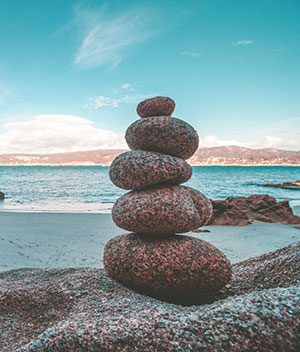 Ever since I cast my first vote—in 1980, for Jimmy Carter—I’ve identified as a progressive. But, now that the progressive worldview has come of age, dominating academia and providing a new moral heading for the liberal mainstream, its increasingly evident pathologies must be reckoned with. Despite its caring values and vital environmental concerns, progressivism also represents a reckless repudiation of the best of what has come before. So, even though I continue to support numerous progressive political goals, I no longer call myself a progressive. I cannot, however, follow podcaster Dave Rubin in leaving the left and embracing the right. Notwithstanding progressivism’s negatives, the pathologies of the right evince their own form of recklessness. But rejecting the pathologies of both sides does not necessarily make me a centrist. Although political centrism is commendable, it’s ultimately too invested in preserving the dysfunctional status quo. The political position I therefore espouse can be most accurately characterized as post-progressive.

The post-progressive political stance I advocate seeks to overcome progressivism’s pathologies by transcending the left–right divide altogether. This emerging perspective works to integrate progressive values with the laudable concerns of America’s mainstream culture. By eschewing the horizontal continuum of left and right, post-progressivism is charting a vertical dimension of normative growth that can lead to a more evolved form of politics.

The post-progressive strategy for ameliorating hyperpolarization works by synthesizing values from across the political spectrum. For example, post-progressivism wants to better employ the innovative power of business to significantly reduce carbon pollution. It wants to alleviate economic inequality by removing barriers to entrepreneurship in disadvantaged communities. It wants to restructure America’s healthcare system to work better for everyone, without creating a gigantic federal bureaucracy in the process. It seeks a more compassionate immigration system that nevertheless recognizes the legitimate interests of our nation-state. And it aspires to a peaceful foreign policy that does not result in isolationism. Post-progressivism, however, is more than a list of issue positions. This new approach to politics offers a fresh perspective from both outside and above America’s debilitating culture war.

What Are Progressivism’s Pathologies?

Over the last fifty years, progressivism has emerged as a distinct form of culture—a historically significant new worldview that can be compared and contrasted with America’s two preexisting cultural worldviews: mainstream modernity and religious traditionalism. And, although progressivism has yet to succeed politically in the US, it has won the culture war decisively, as even conservative New York Times columnist David Brooks admits. The recent cultural empowerment of progressivism has resulted in the fierce contest between all three of these major worldviews that is now poisoning American politics. Yet, though the rise of progressivism is the main cause of America’s contemporary culture war, and though it threatens to undermine Western civilization from within, it cannot be cancelled or otherwise destroyed. The World Values Survey empirically demonstrates the clear and predictable trend toward progressive values in the developed world.

So, once we accept that progressivism is here to stay, the question becomes: what is the best response? The post-progressive strategy entails carrying forward progressivism’s upsides, such as its world-centric morality and environmental priorities, while firmly rejecting its downsides. Indeed, it is progressivism’s burgeoning pathologies that provide post-progressivism’s points of departure. These pathologies include anti-modernism: the failure to recognize that progressive culture is predicated on the freedom and prosperity provided by modernity’s liberal values; reverse patriotism, which characterizes American history as a sinister criminal enterprise; divisive identity politics, which promotes grievance without gratitude; and tyrannical demands for immediate and uncompromising reform, which disrespect the institution of democracy.

The post-progressive response to progressive culture’s deficiencies also involves acknowledging the important achievements of the progressive worldview: for example, in civil, women’s and gay rights. Post-progressivism therefore wants to help progressive culture mature and evolve by extending its caring and inclusive values to better encompass the cultural sensibilities of modernists and traditionalists as well. Those who continue to identify as progressive can grow by increasing their cultural intelligence.

What Is Cultural Intelligence?

Post-progressivism defines cultural intelligence as the ability to recognize the mutual interdependence of America’s three major worldviews—traditionalism, modernism and progressivism. This comprehensive overview perspective sees how the positive values and enduring accomplishments of all three of these value frames form a kind of symbiotic cultural ecosystem, in which each worldview has an ongoing role to play.

Cultural intelligence provides the ability to integrate and harmonize these three sets of values. This process begins by clearly distinguishing between the upsides and downsides of each worldview. Just as progressivism includes positives and negatives, modernity brings forth both dignities and disasters. Modernist values include economic and scientific progress, individual liberty and the rule of law. Modernity’s pathologies lead to environmental degradation, gross inequality and nuclear proliferation. Traditionalism also has both upsides and downsides. Positive traditional values include loyalty to family and country, duty and honor and altruism. Traditionalism’s pathologies lead to racism, sexism and homophobia.

Once each worldview’s positives have been clearly distinguished from its abiding negatives, it becomes possible to integrate positive values from across the political spectrum. Yet, crucially, this integration process does not eliminate the political challenges that each worldview poses to the others. Cultural intelligence seeks a kind of dynamic integration, which preserves the natural polar tensions between these worldviews. This approach helps make these ongoing conflicts more functional and constructive by fostering deliberative relationships of challenge and support, wherein each worldview can influence and improve its cultural competitors.

Rather than viewing modernity as a corrupt system of greedy neoliberalism, which must be overthrown, post-progressivism can see that modernity’s economic freedom is a crucial component of the liberty and prosperity that it continues to deliver. And, instead of viewing traditionalism as merely a mythic fairytale, post-progressivism can appreciate how traditional values continue to provide the moral foundations of our society. Yet, even as post-progressivism renounces progressivism’s rejection of established American culture, it refuses to agree with those who reduce progressivism to cultural Marxism or who otherwise see it as a virulent ideology that must be crushed.

Post-progressivism wants a fairer economy, but it remains pro-business—it recognizes that business is increasingly becoming a force for good. The post-progressive political position also wants to vigorously combat global warming, but it doesn’t want to impoverish the world in the process. And post-progressivism wants to atone for the sins of the developed world, even as it continues to cherish and defend the unprecedented achievements of western civilization. In short, post-progressivism seeks to both transcend and include progressivism, with a more competent and adaptive worldview, which can pragmatically address our society’s problems, while preserving the best of what has come before. As Hegel put it, a synthesis can only be achieved through a partial “negation of the negation.”

By advancing an inclusive new political position and using the cultural intelligence that this perspective provides, post-progressivism is able to integrate more gratitude into its grievances and thereby make its challenges to the status quo more effective. Even as it continues to fight against the persistent pathologies of both the left and the right, post-progressivism remains grateful for the enduring gifts of all three major worldviews, and for America as a whole.