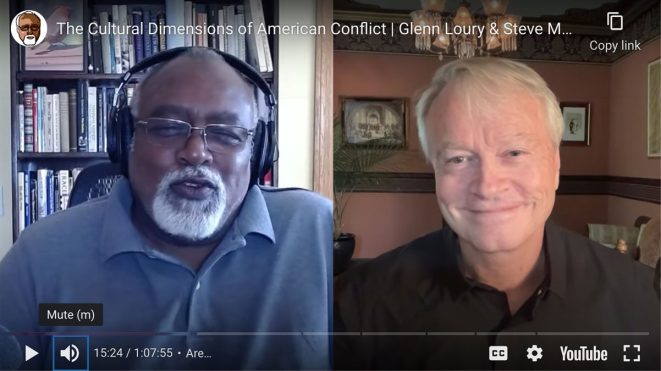 Glenn Loury Speaks with Steve McIntosh on The Glenn Show

The Institute for Cultural Evolution is Hiring!

Understanding the Concept of the "Negation of the Negation"

We’re changing our name to “The Developmentalist”

Check out Steve McIntosh, Jeff Salzman, and Diane Hamilton on Rebel Wisdom for their Integral Panel 2022

Our Policy Recommendations for Homelessness in the U.S. Published

This Giving Tuesday, Give Upstream

Critique of the Week: David Brooks

For the past twenty years, political and social commentator David Brooks has been an influential voice in American culture. At times, I’ve found his opinions to be timely and even inspirational. But I also often find myself balking or groaning at his views. The middle-brow accessibility of his writing helps him speak to a wide audience. Yet it’s this same accessibility that prevents him from being taken seriously in many intellectual circles. I do, however, take Brooks seriously and thus offer the following constructive critique.

The Dignities of Modernity

Without us being W.E.I.R.D.—Western, educated, industrialized, rich, and democratic—postmodernism wouldn't even have a basis upon which to stand. The reason they can critique is because they can point out the contradictions in how the social contract in America, for example, was employed. But they're not pointing out the fact that we are moving closer and closer to the ideals spelled out in the social contract. We have still got a ways to go, but it's important to acknowledge that we moving in the right direction. There are so many things that postmodernists miss and leave out because they’re focused on deconstructing and critiquing everything. When are we going to get to some reconstruction? When are we going to get to some synthesis?

Perhaps Our Crisis of Expertise Is Really a Crisis of Governance

“In this house, we trust science.” How many times have I read that declaration on a lawn sign while walking down the street in Oakland or Berkeley or Austin or Boulder or Denver? It’s a political statement, a nod to the primacy of expertise in an era of “anything goes” when it comes to who we trust and who we believe. At first glance, a societal rift between politics and truth would seem a dangerous trend that heralds a host of future problems. How can our politics succeed if we can’t trust science? Or is such expertise a thing of the past? In a world where every political position seems to have its own “expert” opinion makers, has expertise been fully polarized, never to be broadly trusted again?

Toward an Omni-Inclusive Post-Progressive Vision

One of the hallmarks of the post-progressive approach to politics and culture is what we are calling omni-inclusivity. Omni-inclusivity is best understood in the context of America’s evolving scope of inclusivity throughout its history. A fairly obvious feature of American history has been its steady, but often painfully slow expansion of the scope of pluralistic inclusion. While it is true to say that we are a country founded on ideals of equality that we have never actually lived up to, it is also true to say that the American experiment has been an exercise in trying to make those founding ideals more true with each generation.

When you hear the word “hierarchy,” what arises? The first thing to notice is that something is arising. Beneath or behind or within your conscious mind, there is a storehouse of memories, beliefs, and associations that can be summoned to the surface and sorted through by something else. There are, in other words, levels, parts, and structures that constitute what you call your mind. In pondering the word “hierarchy,” a hierarchy is doing the pondering.

The process of liberation is a movement toward greater diversity, interiority, and communion. At the social level, liberation celebrates differences and dialogue while renouncing monoculture. Liberation’s method recognizes spirituality and relationality, both of which can deepen through humanity’s conscious participation. Today, we see the liberation process in movements for social justice, animal rights, and climate activism, among others. In this article, I interpret Martin Luther King Jr.’s worldview and influence during the 1960s through the lens of integral philosophy, as recently expanded by the new political philosophy of post-progressivism. I critically examine how King’s example can inform cultural intelligence in liberation activism today.